If you are one of my loyal readers, despite my infrequency in posting, you probably already know about the Barcraft Competition at Taste of Atlanta, mostly because I wrote about it here. This year's competition was a little different, because instead of having 3 rounds of competition at different bars around Atlanta, they decided to have one big mix-off at Graveyard Tavern. 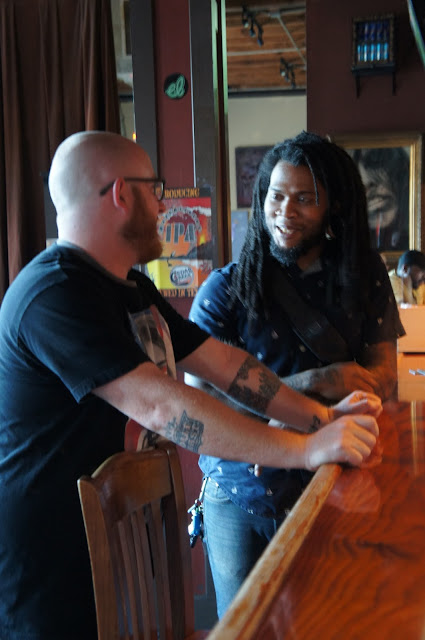 What made this year's contest fun was that it was really well attended, with 13 competitors, plus their friends and supporters, it was kind of like attending a family reunion. As we chowed down on chicken wings and fingers, fries and tots, plus some healthy vegetable looking things that I ignored, we caught up with each other and visited before the competition started. 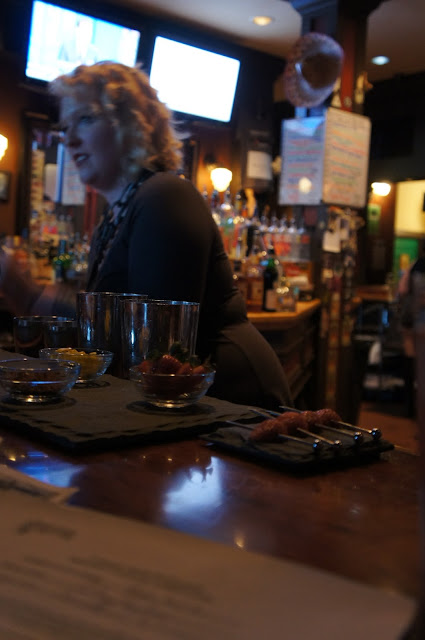 This year's winner was none other than the Spitfire herself, Paige Lane, Bar Manager at Lady Bird Grove & Mess Hall. She was the very first to compete and made a lasting impression with the City Slicker, her strawberry rhubarb cocktail. I'm not going to lie, it was my favorite too, especially the Fernet-Branca pickled strawberries she used as a garnish, I could have eaten the entire jar! The other component of her win is that Paige has raised her competition game so much over the past year or so. Even though this is a fairly informal competition, she took the time to arrange all of her mise on slate tiles, and even had her glasses set on mirrored coasters on another larger slate tile, an incredibly attractive and professional presentation. 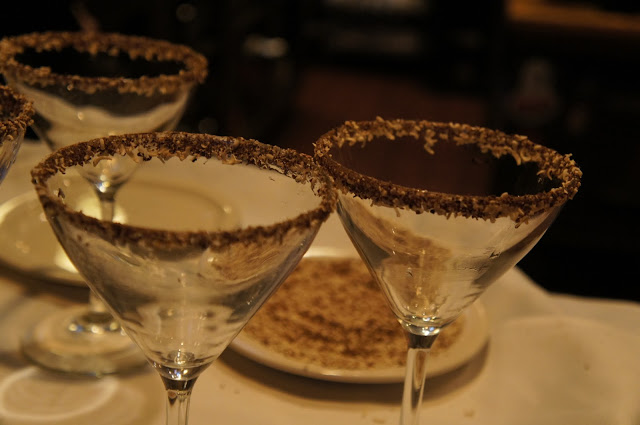 Another of my favorites was called something that I'm not listing here, because I try to be family friendly, but it had Kahlua and a shaved white & milk chocolate dusted rim. Now that I think about it, that was a missed opportunity, if I had combined Paige's strawberries and Ari's chocolate...


If you want to support Paige or cheer on any of the other finalists, you need to buy a VIP ticket for Taste of Atlanta on Saturday, September 26, as the Semi-Finals will take place in the VIP Grand Tasting Experience with Beer and Wine by Hop City tent from 12:30P-2:00P. Finals will be held at The Chef's Table on Sunday, September 27 at 3:00P.