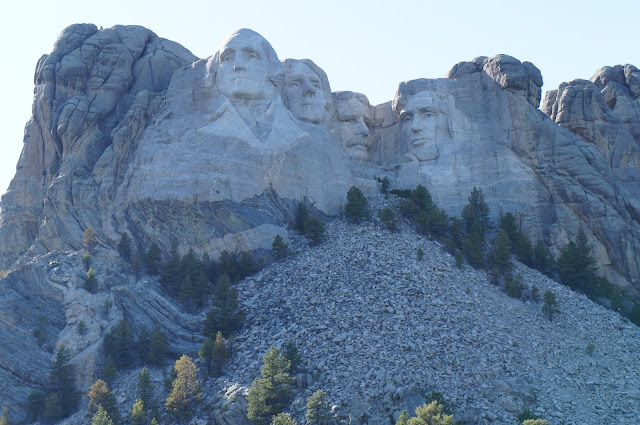 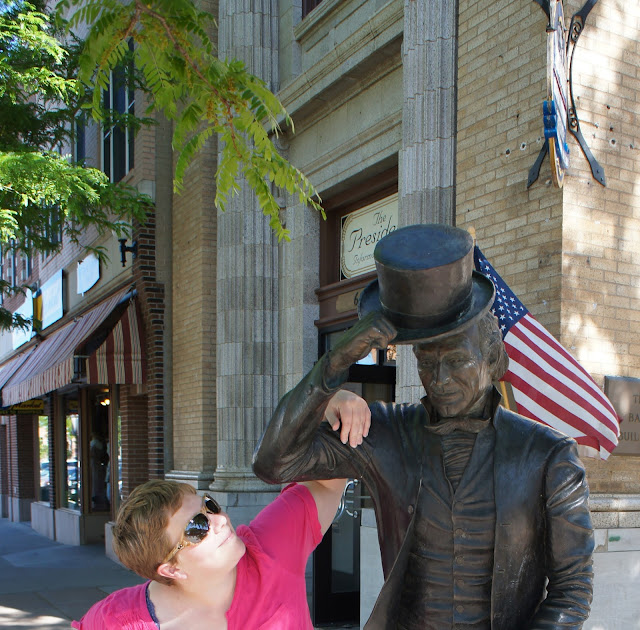 The life sized statues started to appear on street corners in 2000, each created by 6 different artists with ties to South Dakota. James Monroe doffs his top hat to visitors in front of The Presidents Info Center and Gift Shop, where you can pick up a fee guide to the statues. 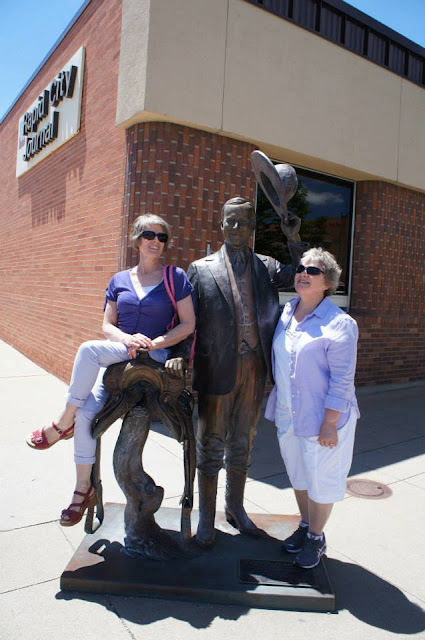 My personal favorites are those sculpted by John Lopez, who gained acclaim with his western and rodeo themed work. His Calvin Coolidge is holding a Stetson, wearing cowboy boots and is standing next to a saddle made for him by Rapid City based Bud Duhamel of the Duhamel Company, the largest US supplier of saddles in the first part of the 20th century. 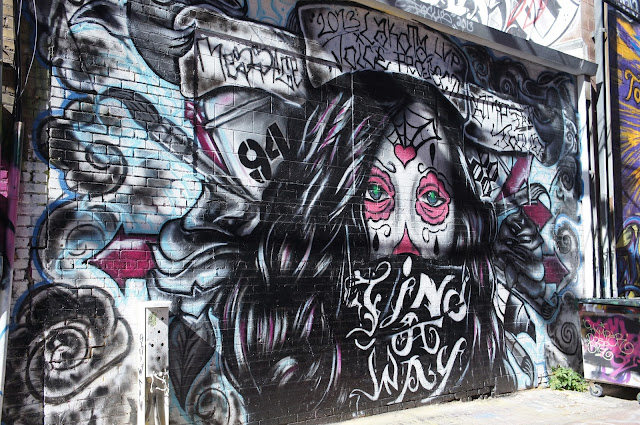 While you are strolling around downtown, be sure to walk through Art Alley, a constantly evolving showcase of local graffiti artists skills. Not only are the walls decorated, but so are the dumpsters, and even random pipes coming out of the back of one of the buildings have been yarn-bombed. 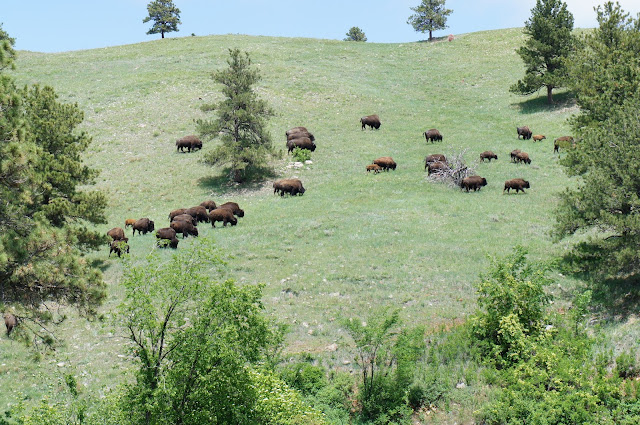 After you have finished with downtown, which won't take much more than a day as it's tiny, head out to Custer, where, if you're lucky, you may get to see some buffalos roaming. On the day we were there, I think most of the animals were on vacation, as this little herd was pretty much the only wildlife we saw, despite driving through the park for over an hour. 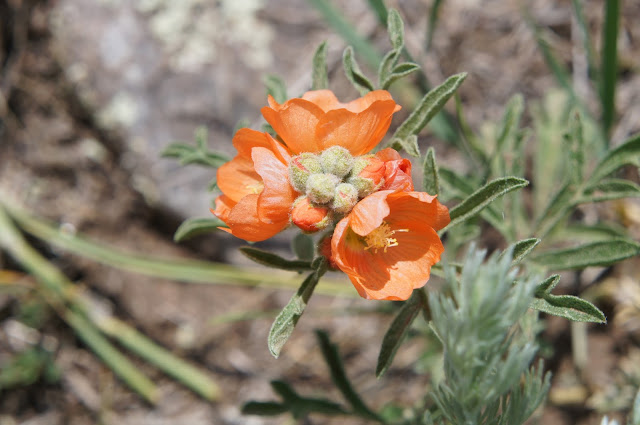 Turns out buffalo dung makes an excellent fertilizer as evidenced by these and other wildflowers blooming all over the park. The fact that they had the snowiest April on record, almost 6', also contributed to the vibrant green of the hills that reminded me of the Ring of Kerry. 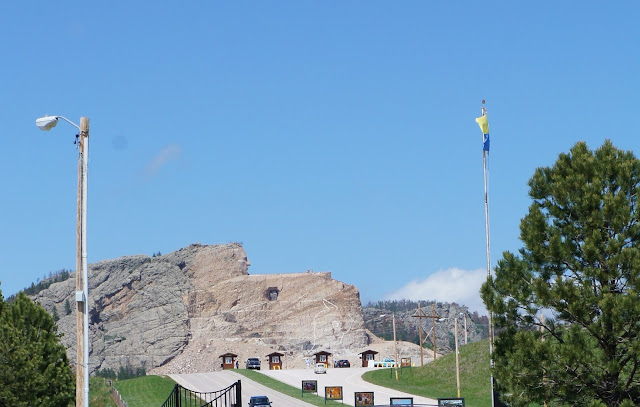 If they ever finish the Crazy Horse Memorial, I think it will be a real sight to see, but since it has only made it this far in the 65 years that they have been working on it, it doesn't seem likely that it will happen in my lifetime. After a day of sight seeing, it's worth a stop at the Prairie Berry Winery, who knew they grew grapes in South Dakota? They will let you taste 5 wines for free and make sure that Red Ass Rhubarb is one of them, it may taste more like alcoholic fruit punch than wine, but it is very refreshing on a warm afternoon.
Posted by Emily R. at 12:41 PM