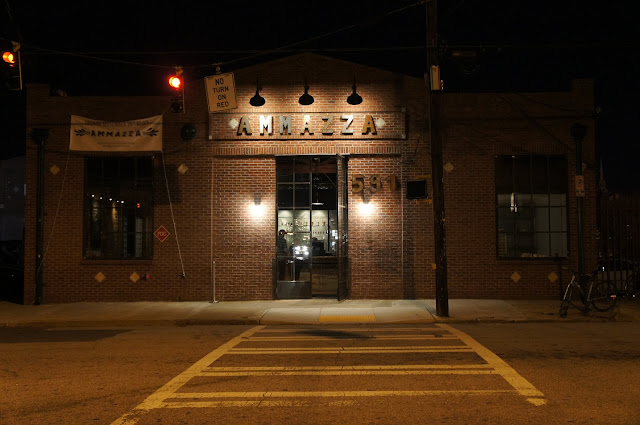 Lately I've been staying closer to home, I'm trying to cut back on my gas usage - 11 mpg gets pretty expensive, but I have made a few exceptions. Even though the newly opened Ammazza in the Old Fourth Ward is approximately $12.88 away, I've been twice and am thinking I need to go back for another visit. 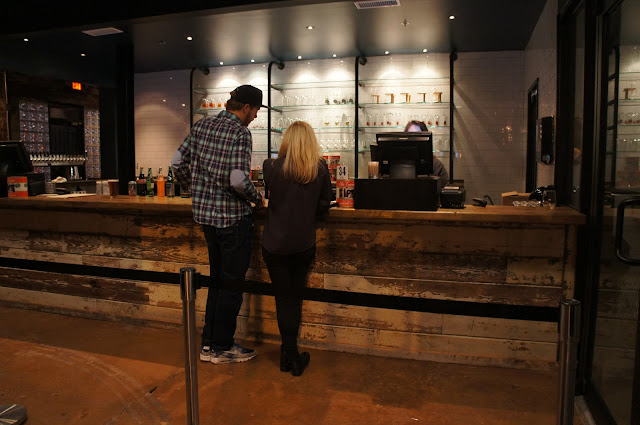 When you first walk in, you can place your order at one of the two registers at the front, or you can head to the bar at the back to order. You can sit at the long communal table or at one of the regular tables or booths, but don't forget to get your plates, silverware, napkins and water before you sit down - those can be found at stations around the dining room. 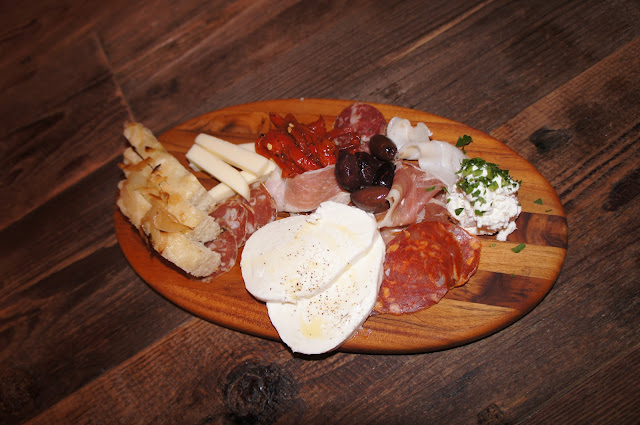 The gorgeous Antipasto Classico with Spotted Trotter meats, housemade mozzarella and other cheeses, roasted onion focaccia, roasted peppers and olives tasted as good as it looked. If you aren't in a pizza mood, not something that has ever happened to me, you can grab a seat at the bar, order one of their cocktails and this and be very happy. 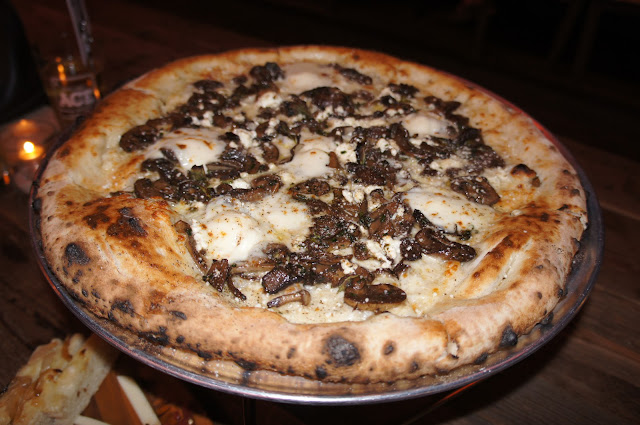 The Terra pizza is a white pizza with mushrooms, more of the housemade mozzarella, goat cheese, basil and truffle oil. I know that truffle oil isn't "cool" right now, but I like it and felt like it really worked here. As you can probably see, the crust is a thicker style than most of the other pizza places are doing, but it had good flavor and nice char, so it's ok in my book. I liked the Pizza Fritta even more, it was stuffed with tons of meatballs, sausage and pepperoni and the sauce was on the outside. The texture of the dough was fantastic and surprisingly not at all greasy. 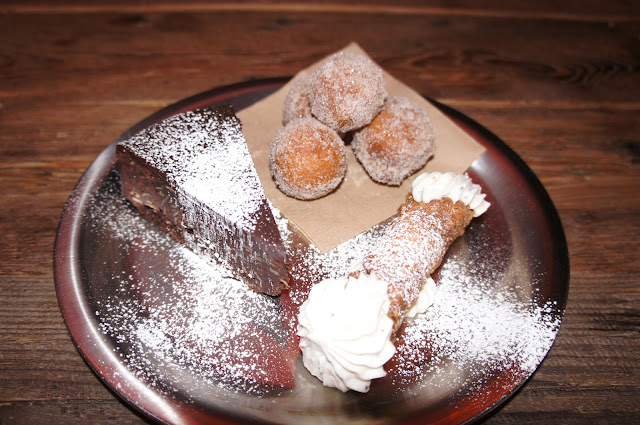 We had a hard time choosing a dessert, so we tried a few things. The Torta Caprese is a very dense flour less chocolate almond cake. The Pasta Fritta Con Connella were perfectly fried yeast dough balls rolled in cinnamon sugar, these were right up my alley. The Cannoli was also delicious with a shell that they fry in house daily, a nice light ricotta filing with citrus peel and sometimes chocolate chips. 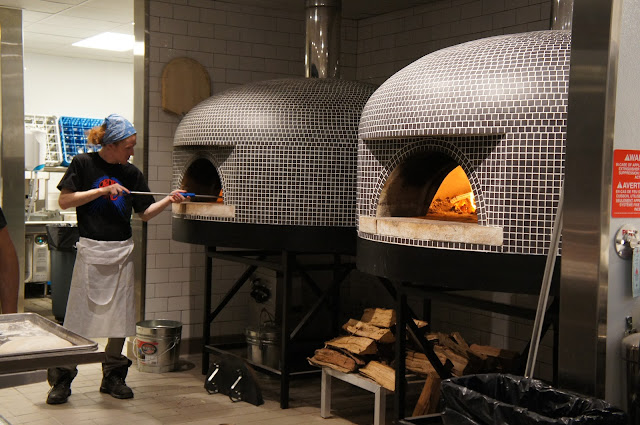 While Italian Acunto ovens seem to be a fixture around town, the Connerty brothers went in the opposite direction, bringing their wood-fired ovens in from California. They have extended their out-of-the-box thinking to other facets of the restaurant, including the carry-out pizza boxes. Made out of sugar cane fiber with dimpled bottoms, they are more absorbent than regular cardboard and keep the crust from becoming soggy. It's this attention to detail, combined with their commitment to sourcing the best local ingredients, that really make this a welcome addition to the neighborhood.