What are you doing tonight?

I have recently been bombarded with fun things to do during August, some private like tubing with a friend, and some public like the Murray's Cheese class. It seems like there isn't one place that lists everything, so I thought I would try to compile some of the best bets here. If your calendar is yawning emptily, here is your chance to fill it up.

First up is Silent Clark's Break the Silence party. It will be Saturday Aug. 7 from 7:00-10:00PM at the Twelve Hotel Centennial Park. If you haven't been following his amazing story, he has been silent, communicating only via social media, for 93 days now, in an effort to raise money for the Leukemia and Lymphoma Society in memory of his mother. It has been so interesting reading all of his tweets from ordering his lunch to making plans with his lovely wife. If you would like to support his cause, you can buy tickets and you can follow him in his last few days of silence on twitter.

Next we have an exciting development, 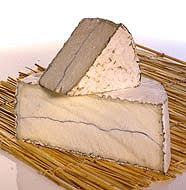 it turns out Murray's Cheese will be coming to Atlanta as they have partnered with Kroger to bring world class cheese to the suburbs of Atlanta. One store set to have a Murray's Cheese is the new store opening in Lawrenceville at Hwy 20. In anticipation of these new stores, Murray's is hosting a couple of their famed Cheese 101 Classes at existing Kroger stores including Sandy Springs on Monday, August 9 at 6:30PM RSVP and Alpharetta on Monday, August 16 at 5:00PM RSVP They still have a few spots available, so if you love cheese and would like to learn more about it, RSVP using the above links. 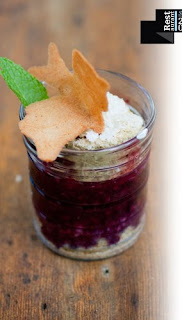 It is with gratitude to my favorite ice cream makers in Atlanta, Westside Creamery, that I announce a cool event that they brought to my attention on twitter. The new Atlantan magazine is hosting a party called to Live & Dine in Atlanta 2010 on Wednesday, August 11 from 6:00-9:00PM tickets. Some of my favorite people like Maggie and Greg at Westside, Todd Ginsberg of Bocado, and others are featured in a great line-up including some of the new super stars of the food truck scene. I personally can't wait to try Hankook Taqueria's new food truck Yumbii, who have not come close enough to my Dunwoody office to try them out yet. Tickets are an incredibly reasonable $25 in advance and $35 day of (if they haven't sold out) and proceeds are going to one of my favorite groups, Georgia Organics.

Another group I am a member of, Atlanta BBQ Club, will be having a fun "meating" on Saturday August 14 from 4:00-7:00PM. Tickets are $13 and get you BBQ, sides, and a drink and entry into the big raffle, with a grand prize of a Kamado Joe Grill. They are only selling 100 tickets, so these are good odds of winning an awesome grill. Tickets

Last, but certainly not least, on Monday August 16, I am hosting one of my pizza nights at Varasano's. It's an informal gathering of friends where we order as many of the pizzas on the menu as number of people show up, allowing everyone to taste a little bit of everything. If you haven't been yet, read my post on Varasano's and let me know if you are interested in joining us.
Posted by Emily R. at 5:49 PM